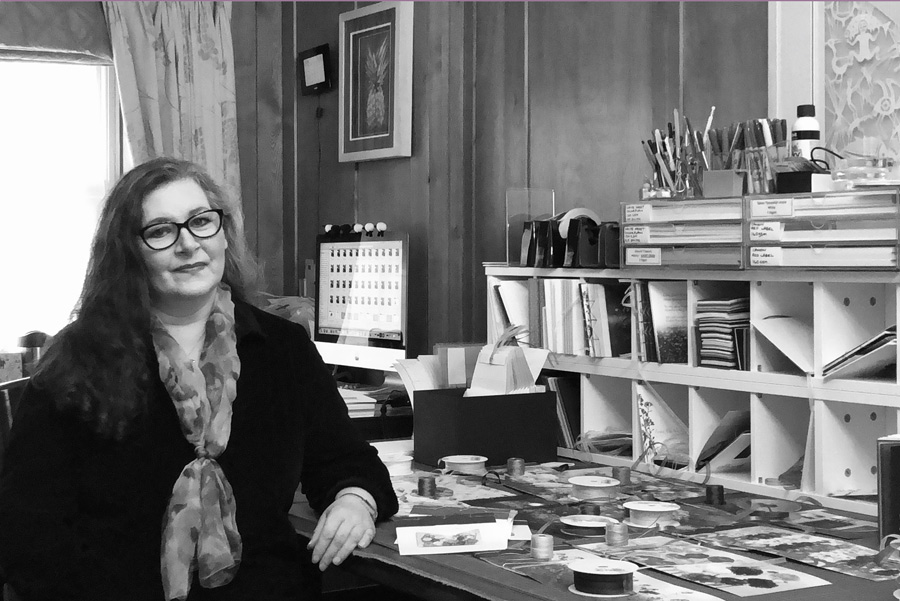 Hello, I’m Lisa I’m the lady working behind the scenes of this business. I wanted to take this chance to share my story of how I started making cards, stopped, and then started again.

As a young child; and as far back as I can remember, I‘ve loved scribbling, drawing and painting. Basically, anything that I could make with my hands. My father was always buying me practical toys, pottery kits, nail picture kits, painting by numbers and Spirograph. I was a messy kid.

As I grew older, my sketches and artwork became more refined. Most of all I loved to experiment with different mediums, mixing acrylic paint with clay powder to produce large relief canvas paintings. I’d often mix them with other materials too. 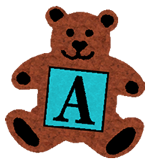 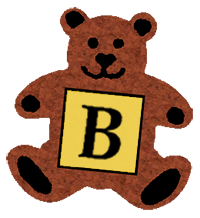 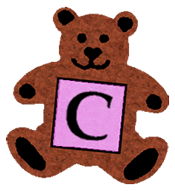 Starting with the bear necessities

I first noticed hand made cards on display in a shop window in 1995. I’d never thought about or bought one before. I went home that day thinking about the cards I’d seen and started to come up with some ideas of my own.

My first cards were awful, overuse of deckle-edged scissors and clumsily made.

My first collection were teddy bear cards in bright colours. But who would buy them? I visited a number of shops and asked them for their thoughts on my creations. They were usually polite and said they liked them but no-one bought any of them. One of them said, “They’re really nice but can’t you do anything other than teddy bears?”

Her comment had the right tone and was just what I needed to hear. Something had clicked and card designs were starting to spill out constantly. Everything was hand- drawn and hand-cut, I didn’t own a computer. 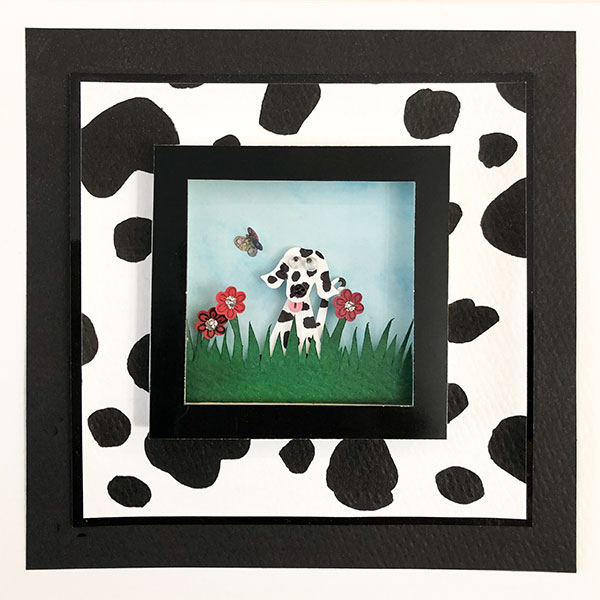 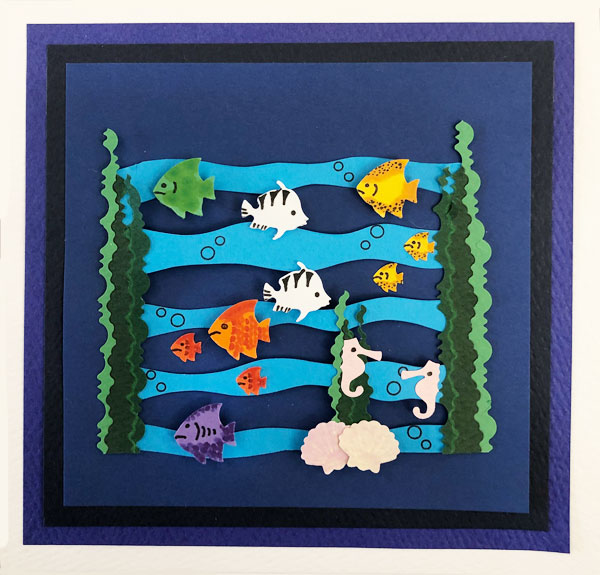 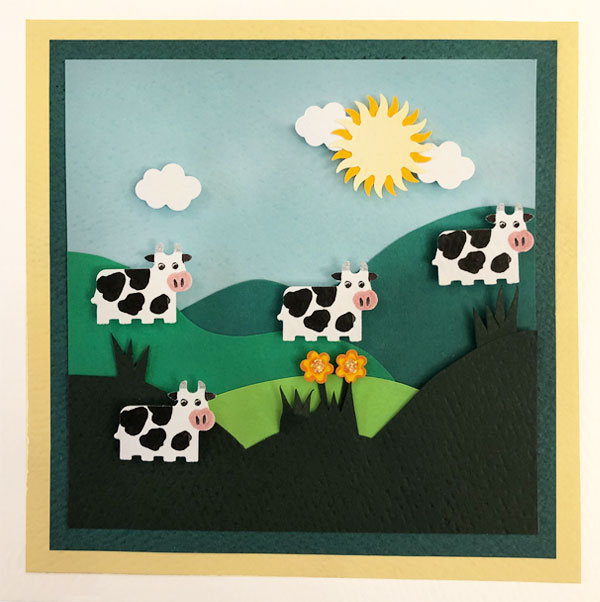 I went back to the last store owner, this time she placed an order. I went home that day grinning from ear to ear. Quite a number of other store owners started to buy them.

And, so, it started.

I continued to make new designs. A chance meeting led to an interview with a well-known Greetings card manufacturer, who offered me the chance to design a range of cards for their company.

I had a choice to make, work for them or go it alone. I decided to work on my own to see how my designs developed without constraints. I found an agent who would sell my designs to his retail customers. The orders started to come in quickly, and soon I was making 100’s of cards per month. As time passed I improved my skills and also learned how to use a computer to help me speed production up.

In 2001, through one of my paper suppliers, it was suggested that I enter into a greeting card competition. “The Henries”. These are the business industry awards for Greetings Cards. A few weeks later I received an email saying that I was a finalist for the category of “Best Hand Made Cards or Hand-finished range”.

The awards dinner was hosted by Graham Norton that year, and about 900 people attended from all around the industry. I went on my own, so excited that I had been short-listed. When they called out my name to say I had won I was completely shocked. What a night that was, great memories. 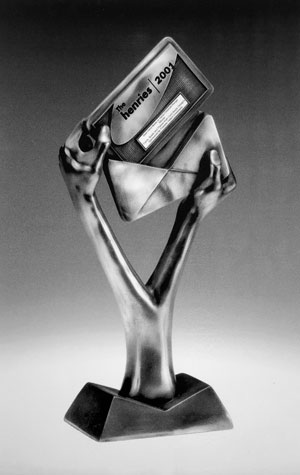 I could never throw something beautiful away

As a designer, I really disliked throwing away offcuts of beautiful papers. Could I do something with them that could be turned into a viable product that I could sell?

I designed a set of matching gift tags, and a crystal-clear acrylic drawer dispenser to house them in. They were very popular. I decided to try my luck in submitting them to another awards competition.

My Gift Tags were short-listed for “Gift of the Year” awards 2002. I didn’t win but was a Runner up. I was very happy with that. 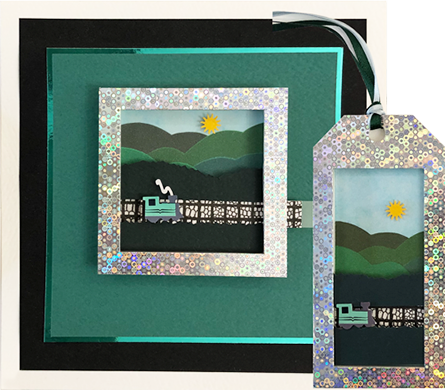 Life being what it is, it sometimes throws you an unexpected curveball.

For me, it was my health. I had to have an operation and a long period of recuperation followed. All production had stopped, it hadn’t occurred to me how exhausted I was. 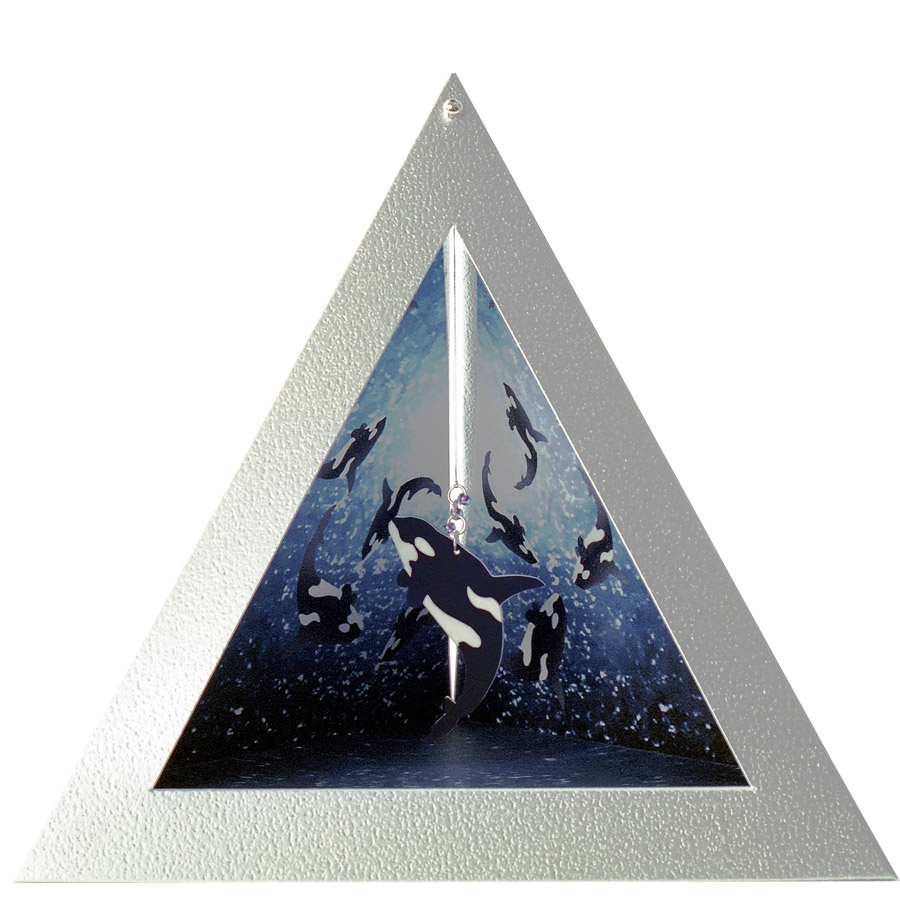 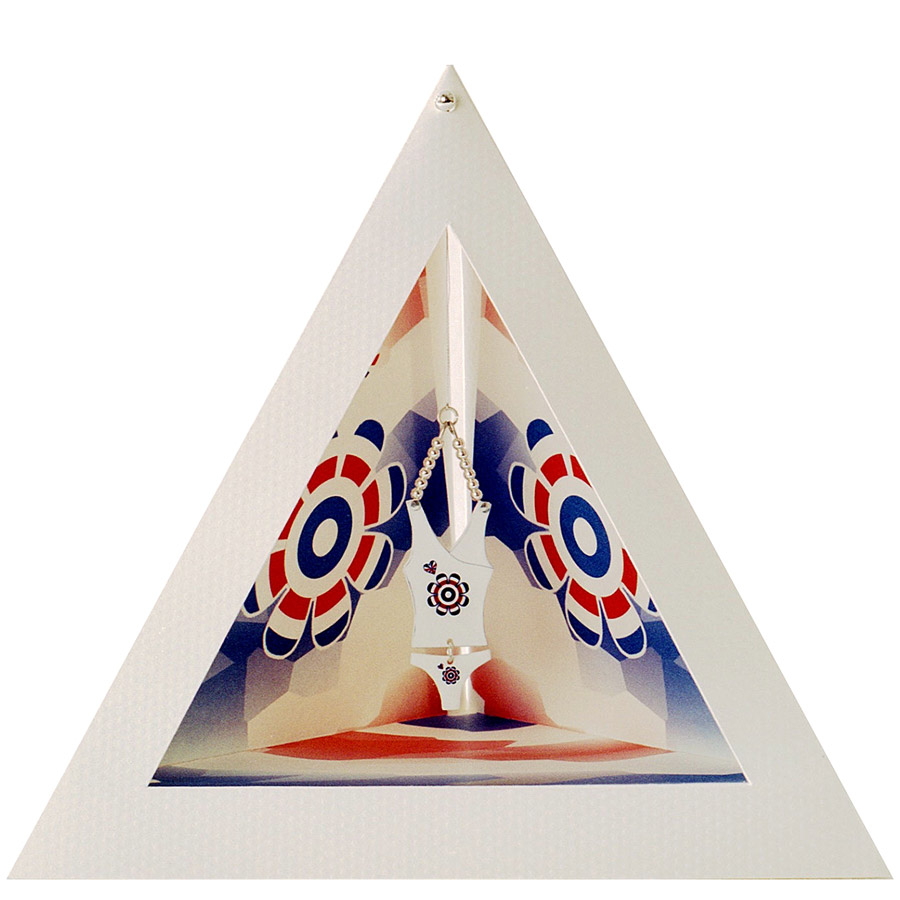 It took me quite a long time before I went back to card design, I created a new range of cards called “TryAngles”. They took me a long time to perfect. Just before they went into production, I received an offer for my previous range of cards to be produced in the USA.

But something in me had changed. Despite the offer, I couldn’t face going through all the upheaval again. For years I’d cancelled going out, missing out on seeing family, friends and holidays, just to fulfil orders. I was constantly busy. I’d had enough. I was well and truly burned out. My “TryAngles” designs never went into production.

Time passed until something caught my eye...

Seven years ago, I noticed an advert in my local John Lewis store for a “Design a Birthday Card” for their 150 years birthday celebrations. It was a locally run in-store competition. I couldn’t resist the temptation and sent in my design for the category, age 18 and overs. 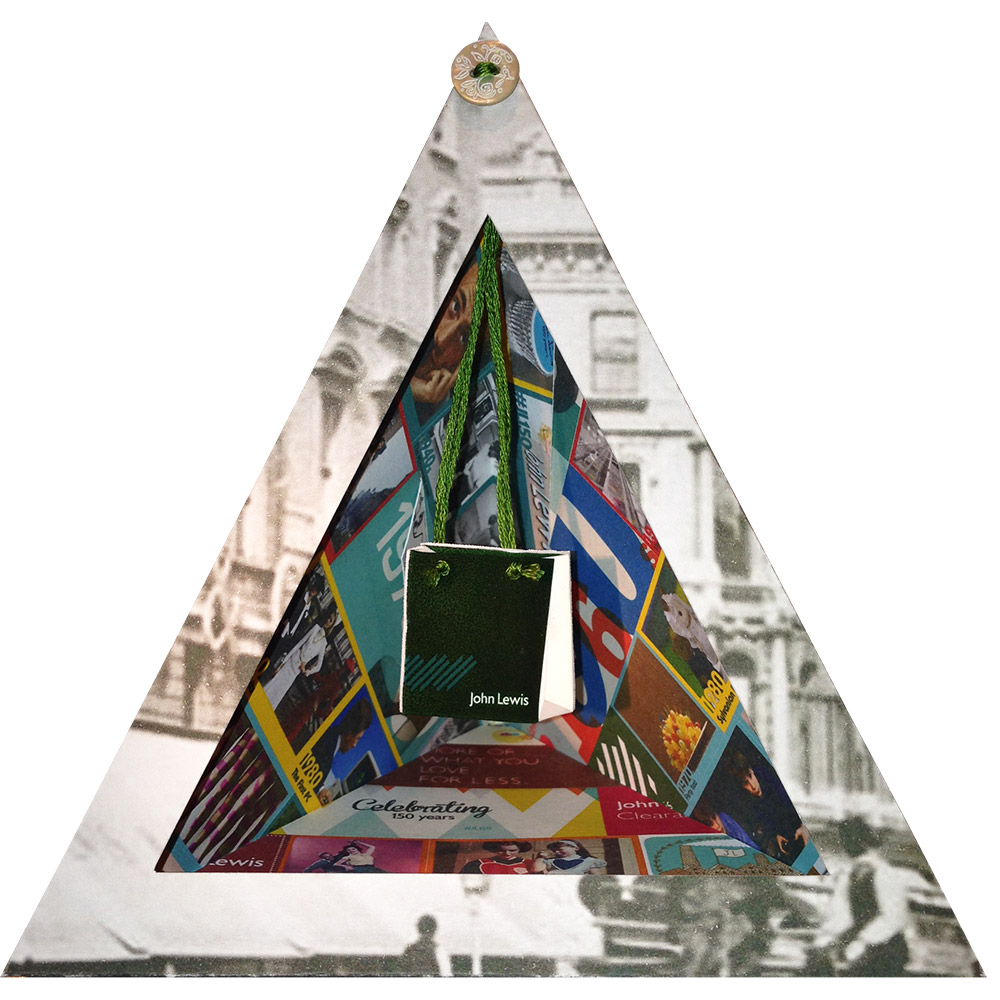 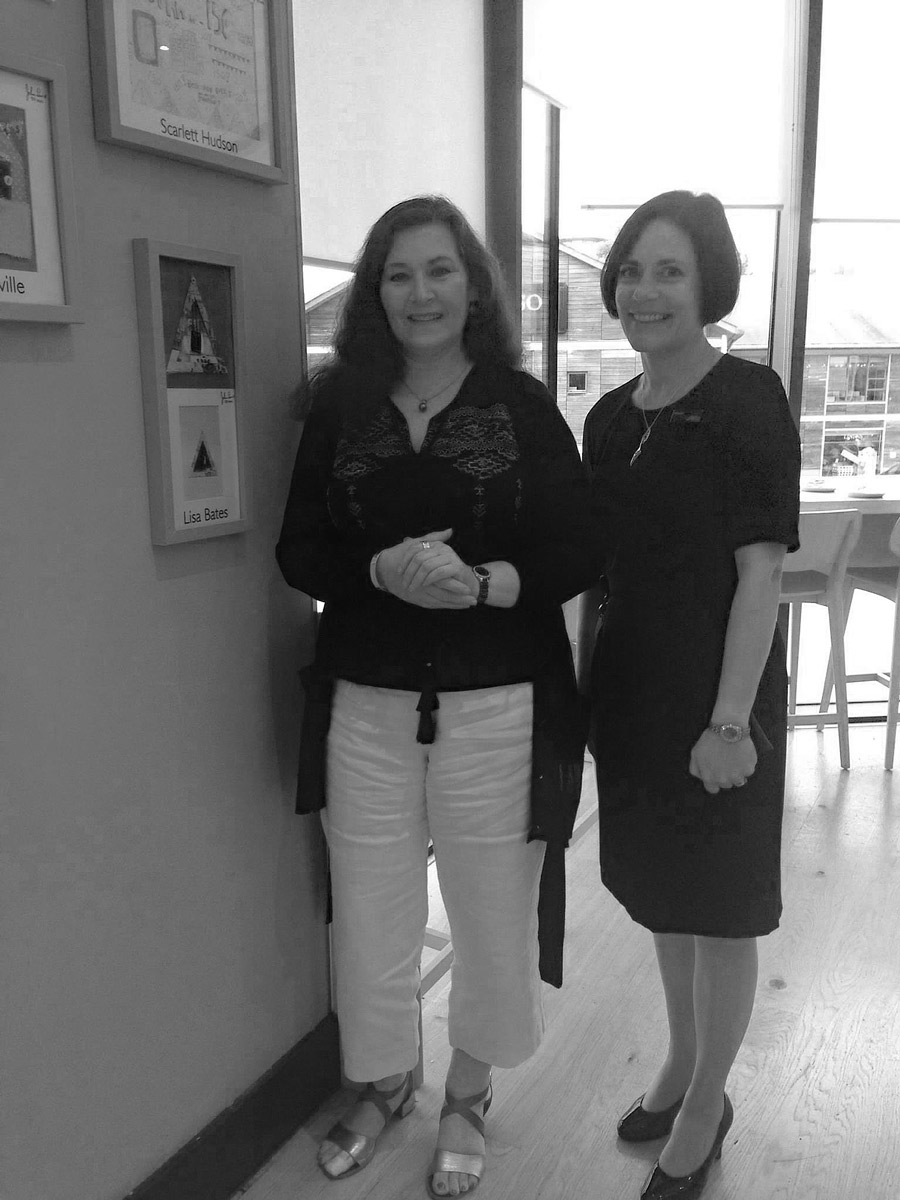 A number of weeks later I received news that I had won that category. I received a £50 gift voucher, and an invitation to tea with all the other winners. My card; along with the other winners, was framed and displayed in the store for about 6 weeks. I thought after that, I truly was done with card making…

…That was until someone in my family was getting married. The couple wanted me to design their wedding invitations for them.

It took me quite some time to come up with something that was suitable for the world of weddings; which is all consuming. I wanted to design something which was different to the current trends of wedding invitations. I am a stickler for detail, precision and quality, and I will make many prototypes until I’m happy with the results, and convinced I can reproduce my designs easily.

Here's what guests had to say about my designs:

We just got our invitation… how beautiful are they? I loved opening it, I felt so special if that makes me a loser then I guess I am lol😝 Will return our reply today x

Thank you so much for your kind invitation. P.S. – The invitation pack is stunning! Many compliments to the compiler(s).

Your wedding invites are baller!

You, my son, have excelled yourself with the invites. Bravo.

Talented. I’ll give her a high five on the day.

The wedding invites were adorable btw! So excited!!

Helen the invitation is AMAZING 🙂 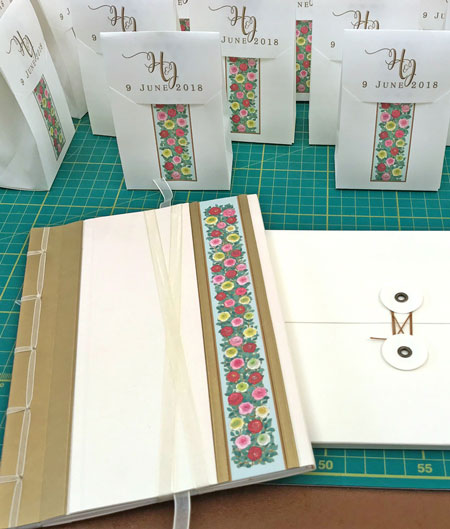 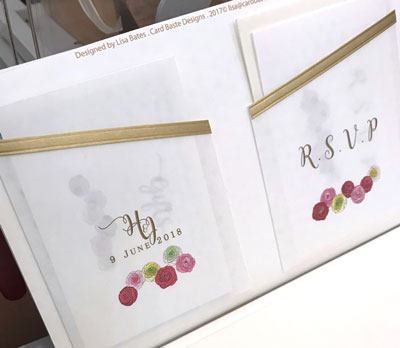 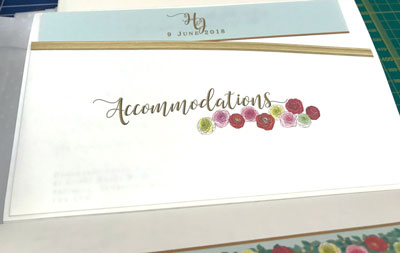 I can't make something I don't like, you have to love what you do.

With the wedding now over and the frenzy stopped, I didn’t know if I should keep going. All that work over 18 months of design, planning, testing out the prototypes and learning new skills.

The truth was I didn’t want to stop. Designing cards makes me happy. I love to work on the fine details, deciding which colours to choose, the backgrounds and best of all, finding a way to use all those beautiful papers.

The question was how could I adapt my wedding stationery into luxury occasion cards? I wanted to design something that was nothing like a single fold card. I like layers and the slow reveal of a product. An immersive experience if you like.